At first glance, this topic seems somewhat exciting, as it is not clearly understood on the Internet, whether in Arabic or English sites and has not been explained in detail. For this, it was necessary to illustrate all its aspects. So, what is an e-commerce platform?

An e-commerce platform has multiple types. Some of them are called SaaS, PaaS, IaaS, and On-Premises, and there are many other names such as FaaS, CaaS, and many others. But in fact, the first four concepts are the most accurate and well-known, and we will understand what these concepts are later in this article.

There are so-called cloud servers and non-cloud servers. The first allows you to set up and use its own resources such as the processor, operating systems, RAM, and other resources.

In cloud servers, you can expand and increase the space. Because it exists on many servers. As for the  Dedicated server and VPS server plans, you can not do that because each one of them is located on a physical server.

It just doesn’t make sense for e-commerce companies and their platforms to operate in the same way. Or on the same type of server. For example, Amazon works on the AWS cloud platform. Alibaba operates a cloud system for its company, and its type of cloud computing is called On-Premises, eBay also works with a special cloud computing system, which is also On-Premises.

The difference between On-Premises and Off-Premises: E-commerce platform.

Companies such as Amazon control their sites completely using their employees including every small and large detail inside and outside the company. Plus, Alibaba, eBay, Google, and Microsoft work in the same way as Amazon.

Small and medium businesses and individuals operate on systems such as SaaS and PaaS. Large and medium-sized businesses may run on IaaS.

Big companies like Amazon allow us to better control our e-commerce platform through their cloud servers as users, by controlling the amount of RAM, storage, processor, capabilities, and many other capabilities.

This control is virtual and remote and not from within your company itself. These services are called SaaS, PaaS, and IaaS. They give you layers of control as shown in the following figure.

The previous figure shows us how to totally control all resources, starting from the physical server to the applications, with the On-Promises system. As for the Off-Promises systems, which are SaaS, PaaS, and IaaS, they use fewer and fewer resources.

The concept of cloud services is larger and more comprehensive than just an e-commerce platform, but of course, it allows an e-commerce platform to work on it. As well as e-learning platforms or LMS learning management systems and any kind of platforms such as medical platforms and others, Cloud services also include programming, development, and applications designing. Which works on Android, iOS, Windows, and Mac systems.

What are the types of cloud e-commerce platforms?

There are many cloud e-commerce platforms that provide service as follows:

Software as a Service or SaaS.

This type of platform makes your software available to users over the Internet for a monthly subscription fee. You do not need to install software or run software applications on your computer, everything is available online when you log into your account. Usually, you can access the software from any device over the Internet, anytime and anywhere, surely with an Internet connection.

These service providers offer cloud-based software over the Internet and host everything from application to data on their own servers. This way users will only need an internet connection to use SaaS. They do not have to do any setup or maintenance. users only have to pay a small fee to use the software whenever they want.

It provides online hardware and software tools. People use these tools to develop applications.

PaaS is primarily used by developers who create software or applications. PaaS provides the platform for developers to create unique and customizable software, which means developers do not need to start from scratch when building applications, saving them a lot of time, money, and effort in writing extensive code in turn.

Infrastructure as a Service (IaaS).

It offers many different services such as storage, networking, and virtualization. IaaS provides users with cloud-based alternatives to on-premises infrastructure. So that companies can avoid investing in expensive on-site resources.

Maintenance of corporate network infrastructure is extremely expensive and needs many employees. This requires a significant investment in physical hardware. Then you’ll most likely need to turn to network builders, hardware and IT infrastructure builders, and hardware maintenance every once in a while and keep everything working and up-to-date.

Thus, with the current development, this problem has been solved by IaaS cloud computing. or infrastructure as a service. These solutions become highly flexible as they only rent out the cloud computing infrastructure that is used to create custom platforms and applications. Providers offer a full range of services, including servers, storage, and network solutions, which customers can use to manage the infrastructure as they need through a control panel or API

There are a number of popular e-commerce platform applications such as Shopify, big commerce, Magento, WooCommerce, and many others.

One of the most notable differences is that Shopify and big commerce use SaaS to operate and have full control over the software, while Magento uses what’s called On-Site or the same On Promises, meaning you can manipulate every element and customize your site — but you also must have the technical skill to do so.

As for WooCommerce, undoubtedly, it works with WordPress, the world’s most famous software. It is easy to use and you can host your e-commerce website on any server, whether cloud or regular. This makes pricy affordable for small and medium traders.

But for complete control and access to all the possibilities like Amazon. This requires another kind of cloud computing and services.

In conclusion, there are many major trading companies in the Arab world that use an e-commerce platform. It is also so easy to join any e-commerce platform and start creating your own online store because these e-commerce platforms are so advantageous. Whereas I advise you if you intend someday to compete with these companies you should think seriously about cloud computing and its services.

You can also read: Learn programming where should I start 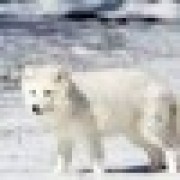 I am an English literature graduate with more than 5 years of experience in Translation and Content writing. I am interested in writing about Laptops, Smartphones, and Tablets.

The best Security Cameras and their advantages

What is freelancing and freelancer job

The best Security Cameras and their advantages