Who among us Arabs does not dream of the return of scientific glories to the Arab region, it is true that we have many scholars inside and outside and we are the grandchildren of Al-Khwarizmi, the originator of Algorithm science and the inventor of the numbers used by the West, and we are the sons of Zewail and we have many scientists in programming and computer science, but to go back To lead, we must be professional in computer science and learn programming.

Note if you don’t like reading, I advise you to change and try to learn research and not get bored of reading, because this will open up many fields and work for you.

How to start learn programming and should you learn mathematics

Learning mathematics is not one of the basics of becoming a programmer, but in order to create very advanced programs that cannot be done without math such as AutoCAD, Matlab program for mathematics professionals as well as other giant programs.

But in order to become a website programmer (a more customizable to call hem a web developer but he is a programmer in reality), you don’t have to learn math.

The first level is taught in engineering colleges. It is learned how the computer originated from the beginning. For example, in college, you learned how to deal with the Intel 8080 processor, and what was before it like Z80, through which you will learn the machine language and beyond, such as the Assembly language.

Then you ascend to the higher-level languages ​​(you can start programming from here and you will also become a professional), such as the C language and then C ++ that’s will open your mind for all other programming languages ​​if you start studying these two languages ​first with a conscious study and deep understanding you will be a profisional some day, I remember that I started with the book called Data Structure Using C and C++, and at the same time I was learning programming in the primitive C language to know how programmes was done, you will benefit greatly from knowing the basic rules if you start learning in the C language.

Machine language and assembly and their benefits

In order to be able to program machines and devices, you can use languages ​​such as C. Machines systems that need to be programmed are called Embedded Systems, but to manufacture them, assemble electronic parts and the processor and deal with them, you can learn the root languages, the machine language, and the assembly. you will know a lots of secrets if you learn them.

In order to understand well what you are doing, you can learn what so-called Instruction Set, which is a set of commands that come with the processor such as Intel and AMD processors, and these commands are set by the processor manufacturers themselves, they are therefore the ones who allow the development of programming languages ​​and the so-called Compiler also which is used to invent new programming languages.

Higher languages ​​and their benefits

If you want ease of learning web languages, learn WordPress. It is a development of the PHP language and its tools with great ease of learning, and of course you will learn the JavaScript language with it, which is completely different from the Java language, and you will learn the so-called HTML and CSS, which are not languages ​​but are called parameters, but they also need time to learn, but not for long.

What is the difference between web languages, computer software languages, and smartphone application languages

There are no terrible differences if you start by establishing yourself as mentioned above by learning the main data structure of languages, ​​starting with C and C++, then you can choose one of those categories and start digging into it.

To learn the web language, you will need to learn the main languages ​​such as PHP and JavaScript, learn to work with databases, HTML and CSS, and some frameworks such as BootStrap, angular, Laravel and other frameworks to increase your knowledge, but the the Basics are more important, frameworks are the process of compiling tools to facilitate the developing.

For example, CSS are compiled with the best tools in the BootStrap framework, so instead of writing a very long code to make a button on your site, you can just write the name with the so-called class in one word, which is pre-made code for ease.

To make a program You will need to learn computer languages ​such as popular languages like Python, Java, Visual Basic.net, C#, or other languages.

Sometimes if you work in a large company, you will need to find many solutions, and therefore learn more than one programming language and not one.

What software will you need to write code

There are many programs on the scene, the most famous one is Visual Studio Code, which is used for most programming languages, there is Eclipse for the Java language, and there is Android studio for smartphone applications.

If you have any questions, do not hesitate and leave them in the comments and I will answer you with what I know, God willing

if you wish you can read: What is a server, its types and the services it provides 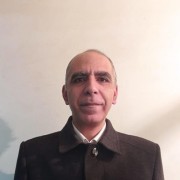 Android TV Boxes: best devices that are better than TV

What is the difference between WordPress and web programming languages?

What is the difference between WordPress and web programming languages?